Brit hacker McKinnon appeals to Europe against US extradition

Gary McKinnon, aka “Solo”, is to be extradited to the USA to face charges that he broke into computer systems belonging to the US Department of Defence and NASA.  The US authorities have dubbed him “the world’s most dangerous hacker”, faces up to 70 years in prison and his solicitors say he could even be given “enemy combatant” status, the same as that applied to terrorist suspects held at Guantánamo Bay.

But he still has has a chance to escape extradition – when the House of Lords turned down his appeal they ruled that he could take it to the European Court of Human Rights.  So that’s what he’s doing.  And you can help him!

If you go to this link, you can join in Human Rights Defence’s petition to the European Court that the extradition order be overturned.  It’ll take you a couple of minutes to register your support… and it could make all the difference! The Court takes notice of petitions.  Help make this petition so huge that they can’t help but take notice! 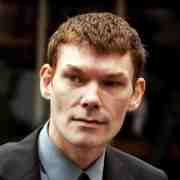 Unfortunately, the House of Lords gave McKinnon only til the 28 August before he is extradited.  So we all need to make our voices heard now!  We can’t let him be dragged off to face whatever justice the USA doles out for “enemy combatants”.  We already know he could get 70 years in prison.  We also know the USA approve “robust interrogation” techniques including waterboarding!  If McKinnon were a US citizen wanted in the UK, no way would the American government extradite him under these circumstances.  So why should they get to torture him?

This entry was posted on Monday, August 25th, 2008 at 00:19 and is filed under America, appeal, Camp X-Ray, computers, court, european court of human rights, extradition, freedom, gary mckinnon, hacker, hacking, human rights defence, miscarriage of justice, petition, prison, United States of America, USA. You can follow any responses to this entry through the RSS 2.0 feed. You can leave a response, or trackback from your own site.