As Israel’s “anti-terrorist” actions in Gaza enter their second week, I’ve decided to point out (again) that Israel is a terrorist state.

Back in the day of the British Palestine Mandate, one of the major anti-British, pro-Israeli state terrorist organizations was Irgun (aka Etzel), who wanted a Jewish Israeli state to be formed, laying territorial claim to Mandatory Palestine and the Emirate of Transjordan. One of their later leaders was Menachem Begin. a terrorist who later became a “respectable politician”.

The Irgun was a political predecessor to Israel’s right-wing Herut (or “Freedom”) party, which led to today’s Likud party.[9] Likud has led or been part of most Israeli governments since 1977.

And who is the leader of Likud? Israeli prime minister Benjamin Netanyahu. 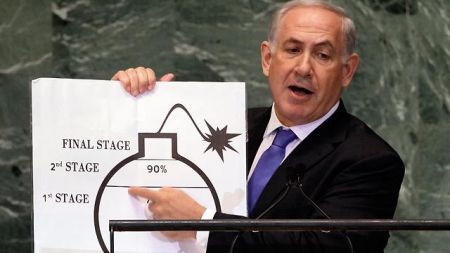 Also, Wikipedia points out that Irgun members were absorbed into the Israel Defense Forces at the start of the 1948 Arab–Israeli war. So, if Irgun was a terrorist organization, surely the IDF is also a terrorist organization. The “soldiers” who are killing Palestinians (including civilians, women and children who have never engaged in anti-Israeli actions) – surely these IDF “soldiers” are terrorists. A fact which is borne out by the IDF’s indiscriminate slaughter of those who live in Gaza.

Please please please do not think I am anti-semitic because I point out these facts. I know that some people think that any criticism of Israel is anti-semitism. but anti-semitism is (according to many sources including the US Department of State) as “hatred toward Jews—individually and as a group—that can be attributed to the Jewish religion and/or ethnicity.” I have absolutely no problem with Jews. I don’t even have a problem with “terrorists” per se (“one man’s terrorist is another man’s freedom fighter” etc). I have a problem with people who lay claim to land because “God gave it to them” and who slaughter non-combatants in defence of that “claim”.

Sorry if I’m harping on tiresomely about this. But Israel’s actions in Gaza are really pissing me off; and my dog is sick and tired of me moaning at her about it all the time.

This entry was posted on Sunday, July 20th, 2014 at 11:00 and is filed under Begin, Gaza, Hamas, Irgun, Israel, likud, Palestine, Palestinian. You can follow any responses to this entry through the RSS 2.0 feed. You can leave a response, or trackback from your own site.