A couple of resources for beginner hackers

Hacking and phreaking have had a few set-backs over the past decae or so. But things never really change, only the methods needed to achieve those things. Blue boxes and the POTS have been made difficult to utilize, but now there are voice mail systems to break into, even after all the furore about reporters ‘hacking’ celebs’ voice mail accounts; you can listen to other people’s messages, even make phone calls on poorly configured voice mail systems (do a bit of googling about hacking into VMS) – I’m spreading news, not giving tutorials, and anyway I have not the first idea how to do anything illegal! – and you shouldn’t do anything illegal either, I’d never encourage anyone to break the law 🙂 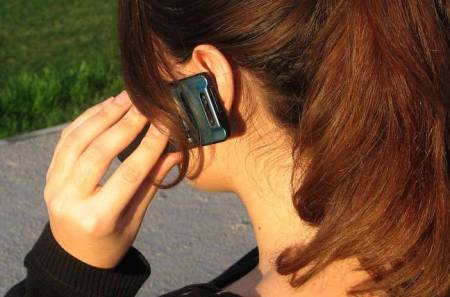 I don’t think she should be listening to that! (pic stolen from http://www.theregister.co.uk

So that’s phreaking still alive and kicking, just in a different form to what older phreaks might recognize. And “hacking”/cracking still lives and kicks too!!! It’s still possible to carry out SQL injection – link (though more companies are getting wise to the tricks and closing the loopholes), malicious websites that put nasties into your computer while you’re browsing asian porn or whatever are thriving, and if you want to be a “proper” hacker who knows how this stuff works under the hood and maybe wants to write your own tools, there are books like Violent Python (pdf download link) out there that can explain some of the nuts and bolts (shh, you didn’t get that link from me!). Amazon says of Violent Python

[It] shows you how to move from a theoretical understanding of offensive computing concepts to a practical implementation. Instead of relying on another attacker’s tools, this book will teach you to forge your own weapons using the Python programming language. This book demonstrates how to write Python scripts to automate large-scale network attacks, extract metadata, and investigate forensic artefacts. It also shows how to write code to intercept and analyze network traffic using Python, craft and spoof wireless frames to attack wireless and Bluetooth devices, and how to data-mine popular social media websites and evade modern anti-virus.

High praise indeed. especially when you consider that they’re charging £17 to £18 for the book. 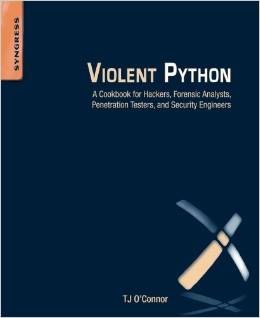 For a more gentle and possibly more fun way to learn Python is at Invent Your Own Computer Games With Python (but if you’d rather just have a pdf of their book to read offline it can be gotten here – the book is available under Creative Commons so you don’t need to be antsy about that download at least). A lot of hackers sneer at “script kiddies” who know nothing about programming and who rely on ready-made tools. So fuck em, right? Learn Python – a simple yet powerrul language.

And then there’s the sneaky practice of snatching random strangers’ (or indeed targeted targets’) data off the air when they’re using the net in coffee shops etc. It’s becoming more difficult as people become aware of the danger (for instance if I’m out and about I use https and a VPS) but there are still a lot of possible targets sending bank or card details, or other sensitive info over the air – look here and here for tips and tricks.

So, phreaking and hacking isn’t dead – it’s just grown up a bit. As long as the hacker is also prepared to grow and change, all will be well for the infonauts of the future.

Abby Sciuto is the hacker of the future (and of the present). I’d love to spend a day/night – KAF-POW! – in her NCIS lab!! 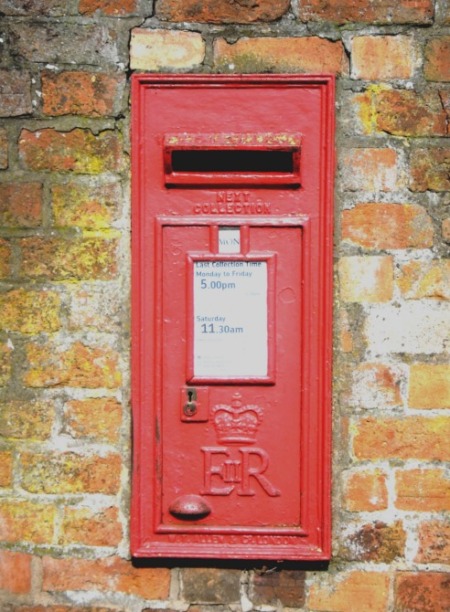 They don’t make them like this anymore. Usually now you just get a boring red metal canister on a pole on the corner of the road. I like taking photos of the prettier post boxes. In my filing cabinet I’ve got a pic of a real old fancy one outside Worcester Cathedral I did in 1998. In fact, I’ve got a whole bunch of nice pix I made in the late 1990s, all on slides. I’ll actually get round to having them digitized one day, then I’ll post them online so everyone can see them (yeah right, how many times have I said that in the past 13 years)!

I’m afraid I messed with this pic a little before I posted it here. Nothing major: it needed levelling n stuff. But I also used the Brightness-Contrast control to make it a bit more colourful. Please don’t his me in the face.

Possibly interesting fact that you might not know: that E II R script on the front means “Elizabeth II Regina”, or in English: Queen Elizabeth II. So we know it was made after 1952 (which was when Queen Liz was crowned).

More damn useful info: the Royal Mail (the company that gets the mail out of the boxes, sorts out where it’s gotta go then sticks it through your day the next day) separated from Parcelforce (the parcel delivery division) in 1990.

So there ya go: a pretty photo of a post box and some useful education on UK postal services. So now you won’t punish me for gimping up them bricks n stuff??

Spider on the wall…

I thought you might like to have a peek (eeek!) of a spider I met while tidying up my patio after the ravages of winter.  It was a bloody monster, and I was somewhat relieved when I discovered it was camera-shy and crept off soon after.

The camera I used was a Fujifilm S5700 bridge camera which boasts 7 megapixels!  I bought it in 2007, and it’s still giving me much enjoyment.  It’s my close-up camera, as its “super macro” mode lets it focus on objects that are very nearly touching the lens!  I don’t think I got quite that close to Itsy-Bitsy (I’m not arachnophobic but they do make me a little queasy… plus I didn’t recognise this particular species, for all I knew it might have been a poisonous one-bite-and-yer-brown-bread kind of beast).  Luckily I survived the encounter, and here is a (reduced in size) copy of its mugshot. 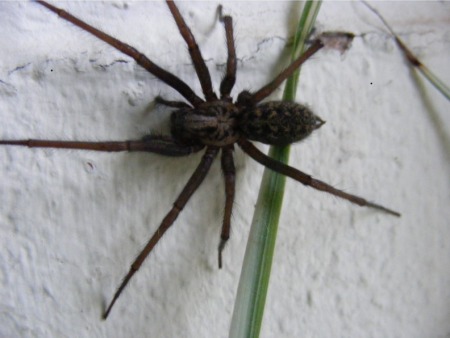 Not being an arachnophile, I have no idea at all what this species is called.  If anyone reading this knows, please share your knowledge via Comments.  Inquiring Minds Need To Know!  🙂

Shiny shiny shopping trolleys, all Gimped up in a row.

Had to do some Gimping to get rid of the locks and chains that keep our beautiful trolleys in captivity. Any comments on my work? Haven’t done much Gimping before, except for cropping, resizing and such.

Winterberry in the snow 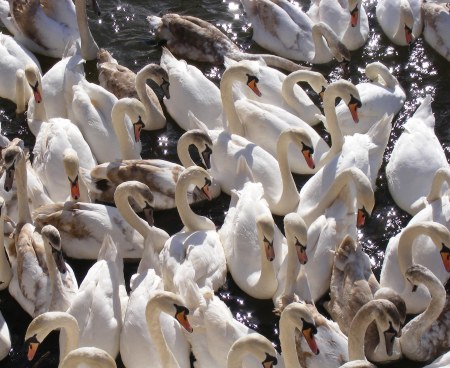