The Pirate Bay’s back. All of us music/video/software moochers can get back to mooching. Luke Skywalker trashed the Death Star and we can all sleep soundly in our beds again (assuming that your bed wasn’t on Alderaan…). 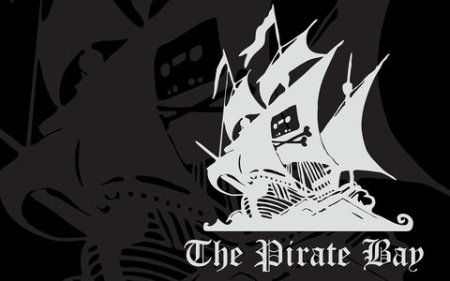 Some would say that the whole Pirate Bay thing has been blown up out of proportion. After all, the efforts to close down TBP were a legal issue, to try and stop evil pirates from downloading other people’s intellectual property for free, thus depriving the artists and creators their cut of the dosh. Theft is bad, m’kay?

The thing is, the artists and creators (with a few exceptions) weren’t the ones screaming to have TPB closed down and its admins thrown into prison. Back in 2006, the year of the first Pirate Bay raid, it was widely reported that the raid was “politically motivated and under pressure from the Motion Picture Association of America (MPAA).” The MPAA declared that the operation was a resounding success. But in truth TPB was back online in a few days, and the publicity brought to the attention of the Swedish public the debate about what intellectual property rights are for, and the question of whether the Pirate Bay’s admins had actually broken Swedish law. On 31 January 2008, Pirate Bay operators Fredrik Neij, Per Svartholm Warg, Peter Sunde and Carl Lundström were charged with “promoting other people’s infringements of copyright laws.” Pirate Bay’s legal advisor, Mikael Viborg, has stated that because torrent files and trackers merely point to content, the site’s activities are legal under Swedish law.

So, the first Pirate Bay raid resulted in a lot of computer equipment being seized (including equipment that TPB didn’t even own. From Wikipedia:

All servers in the server room were seized, including those running the website of Piratbyrån, an independent organization fighting for file sharing rights, as well as servers unrelated to The Pirate Bay or other file sharing activities, including a Russian opposition news agency.[13] In addition, equipment such as hardware routers, switches, blank CDs, and faxes were also seized.

Another result of the 2006 raid was TPB taking action to mitigate the effects of future police operations. Redundancy has been built into the system, and TPB has servers in many locations around the world. A lot of countries and Internet Service Providers (ISPs) try to block TPB traffic nowadays: a Wikipedia article lists countries involved in blocking attempts – a list numbering 27 countries! But that doesn’t pose a major problem, as using a Virtual Private Network (VPN) account will usually get around the block. John Gilmore, computer science innovator, Libertarian, Internet activist, and one of the founders of Electronic Frontier Foundation, famously said of Internet censorship: “The Net interprets censorship as damage and routes around it.” As governments and their ISP lackeys have moved to block access to TPB, online activists and all-round good guys have set up proxy sites mirroring the Pirate Bay. There’s a list of proxies here.

Okay then, The Pirate Bay was raided again on 9 December 2014, seizing servers and other computers and equipment, which resulted in the website going offline. The raid was in response to a complaint from Rights Alliance, a Swedish anti-piracy group.

Was the raid successful in stopping online piracy? I think not. TorrentFreak reported that most other torrent sites reported a 5-10% increase in traffic from the displaced users, though the shutdown had little effect on overall piracy levels. And it certainly had unexpected effects: In retaliation to the raid, a group of hackers claiming to be part of Anonymous allegedly leaked email log-in details of Swedish government officials. IsoHunt has since copied much of the original TPB database and made it accessible through oldpiratebay.org, a searchable index of old Pirate Bay torrents. And on 31 January 2015 TPB was up and running again.

How long will it be before TPB is raided again? I really wouldn’t like to speculate on that. But one thing I’m pretty sure about: if it’s taken down, it’ll soon be up again. The Pirate Bay is more than the 4 guys busted in 2006. As Obi-Wan Kenobi said to Darth Vader: “If you strike me down, I shall become more powerful than you could possibly imagine.” Yep, you can’t keep a good phoenix down… 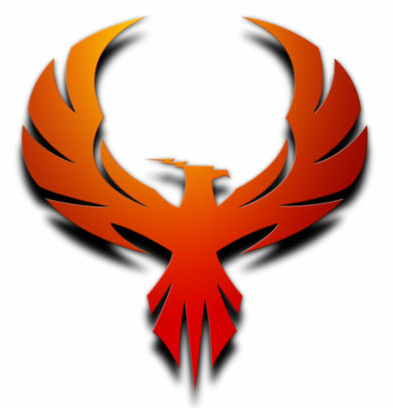 Another dramatic twist in the Julian Assange case: Assange has gone to the Ecuadorian embassy in London, seeking asylum.  For those unaware of this story: Julian Assange is a founder of the Wikileaks website, which allows whistle-blowers to upload files to the internet anonymously; files concerning US military activity were sent to Wikileaks, who decided to share them with the New York Times and the Guardian; the USA didn’t like that, and some influential US political figures think Assange should be put on trial for treason (even though Assange is Australian and therefore cannot commit treason against the USA); Assange is in the UK, and there is no way the UK will extradite him to the USA; so now an old Swedish rape allegation against Assange has popped back up, and Sweden wants Assange extradited for it (even though the Swedish prosecutors dismissed the allegations as false a long time ago); a lot of people think that once Sweden has Assange, they will send him on to the USA, where he will probably be electrocuted or stoned to death or something…

Assange is running out of appeal options in the UK (the Supreme Court has twice rejected his call for appeal), so obviously he wants to get the hell away from the country.  I’m not sure why he chose Ecuador (I would have thought Venezuela or Cuba would be better options), but that’s where he is seeking asylum.  It’s pretty obvious the US/Sweden action makes him a political prisoner, therefore he is entitled to political asylum.  But what will Ecuador decide?  Dare they defy the USA?  We’ll see…

Wikileaks.org is back up! Not a *huge* victory for freedom and common sense – but a victory nevertheless

On 3 December, we reported that you could no longer reach the Wikileaks site by using the wikileaks.org URL. Well, that is no longer the case: aim your browser at “http://wikileaks.org&#8221; and you get rerouted to http://mirror.wikileaks.info/ – one of the many, many mirrors that sprouted after the USA’s clumsy efforts to limit free speech. Not a major victory by any means. But a victory nevertheless.

In other (Wikileaks/Assange-related) news: Julian Assange is still in prison even though he was granted bail yesterday. The Swedish prosecutors have appealed against the bail ruling, claiming that he would pose a major flight risk. I’m not sure how the Swedes think he’ll flee: Assange’s face must be one of the best known in border security circles, plus they have his passport… but as things stand, he must remain in HMP Wandsworth for at leat another couple of days while this judicial circus runs its course.

This case is highlighting the problems with the new European arrest warrant system. Usually, it is only possible to extradite someone if the crime he’s accused of is also a crime in the country he’s “hiding” in. As far as I can tell, Assange’s alleged crimes are not illegal in Britain (what the Swedes call “rape” and “sexual molestation” are very different to the UK’s definitions – I believe one of the charges relates to Assange refusing to use a condom; the complainant admits that the sex was consensual, so how in hell can this be called a crime? He didn’t force her to have unprotected sex).

Anyway, a blog like this one is not really a good place to discuss the intricacies of Swedish law. But what I will say is this: Sweden has got very accommodating rendition agreements with the USA. If Assange is extradited to Sweden, it won’t be long before he ends up in America. And if you look at what politicians are saying about Assange it’s pretty clear he won’t receive a free trial and he’ll end up on a slab.

But do these people really believe that Assange is Wikileaks? The leaks will continue, regardless of his fate. All that will happen is that Assange’s colleagues will improve their security and anonymity. Killing (or imprisoning) Assange will not kill Wikileaks. And all politicians need to beware: if they treat Assange like a piece of shit, the leaks will become more and more damaging to the so-called “liberal” European “democracies” who are currently baying for his blood. So watch out, fools: the day of reckoning is nearly upon us… and you.

UPDATE: I just noticed this, a page that lists the very many sites that are mirroring Wikileaks in an attempt to stop the authorities ever again closing them down. Well, when I say “stop”, I actually mean “make it very difficult”. The USA has already demonstrated the length of its reach. But when Wikileaks is mirrored in a huge number of countries, some of whom dislike America intensely, the job of censorship becomes much more difficult.

There’s also info on the page about how you too can mirror Wikileaks on your web server. I say go for it! I think it’s about time that the USA learned what “democracy” actually means: rule by the people for the people; not rule by a bunch of rich geezers on behalf of their billionaire buddies. Or is my dictionary out of date?