Camover is a difficult game to play at the best of times.  In the most relaxed jurisdictions  the authorities take a dim view of players ripping down and smashing the public surveillance equipment.  And in Putin’s police state Russia the authorities are certainly not laid back.

So it’s nice to see that Moscow is still a thriving Camover fixture  Here’s some video of some Russian enthusiasts playing the legendary offlining game!

Previous readers of I HATE HATE!!! may have seen my post of 27 Jan about the German sport “Camover” – an multi-player offline game that consists of destroying CCTV cameras. It’s a good idea, but unfortunately the puny, cowardly ISPs have been closing down sites thst are connected to it.

But never fear: here is a FAQ on a site about Camover: http://camover.noblogs.org/faq/faq-in-english/. Unfortunately, vlosing date for the original Camover game’s closing date was in February, and as far as I can tell, it’s now gone.

But why can’t we resurrect it? Make it international. CCTV is evil, and I live in the UK, a police state with probably most cameras in the world. So let’s do it!! Anyone interested, leave Comments or get me via Contact Form. CCTV is EVIL. So let’s kill the thing!!

Here’s something that may interest you: a reaction to the increasing intrusive surveillance in Germany – nowhere near the police state I live in (the UK) but it’s certainly trying to catch up. A group called Camover has started a campaign of trashing CCTV cameras in public places. The participants have called it a “game”; from the Guardian:

The game is real-life Grand Theft Auto for those tired of being watched by the authorities in Berlin; points are awarded for the number of cameras destroyed and bonus scores are given for particularly imaginative modes of destruction. Axes, ropes and pitchforks are all encouraged.

The rules of Camover are simple: mobilise a crew and think of a name that starts with “command”, “brigade” or “cell”, followed by the moniker of a historical figure (Van der Lubbe, a Dutch bricklayer convicted of setting fire to the Reichstag in 1933, is one name being used). Then destroy as many CCTV cameras as you can. Concealing your identity, while not essential, is recommended. Finally, video your trail of destruction and post it on the game’s website – although even keeping track of the homepage can be a challenge in itself, as it is continually being shut down.

…The winner of the game does not get a trophy or a year’s supply of spray paint. The competition ends on 19 February, to coincide with the start of the European Police Congress. The prize, says Camover, is to be in the frontline of a protest that will take place three days earlier, on 16 February. The location has yet to be confirmed, but Camover advises anyone who turns up to “crouch to avoid the flying cameras”

…”We thought it would motivate inactive people out there if we made a video-invitation to this reality-game,” the creator of Camover (who wanted to remain anonymous) told me. “Although we call it a game, we are quite serious about it: our aim is to destroy as many cameras as possible and to have an influence on video surveillance in our cities.”

I must say, this game sounds like fun. And the video 9and this one) is instructive as well as entertaining. Any chance it might catch on over here? 😉

PS: That pesky German government, eh? I thought I’d found some sort of “official” site – http://camover.blogsport.de – only to find it’s been taken down! Petty rodents or what! Also this page: https://encrypted.google.com/url?sa=t&rct=j&q=camover&source=web&cd=10&cad=rja&ved=0CGoQFjAJ&url=http%3A%2F%2Finagist.com%2Fall%2F295325266933342208%2F&ei=9VAFUYSRM4PAhAeproDwDg&usg=AFQjCNHWWjeT8A1f7ickVsngqAktR5j6qQ&bvm=bv.41524429,d.ZG4&#8242; The European Police Conference are due to gather in Berlin soon. How embarrassing for the “authorities). 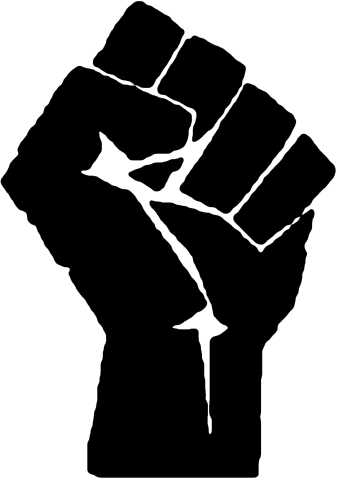